The term “endometriosis” refers to the presence of endometrial tissue, that is, tissue from the inside of the uterus to areas outside the uterus, more commonly to the abdominal and pelvic organs. It occurs in at least 5% of women of childbearing age, with the first occurrence at the age of 20-30 years. In recent years, with the widespread use of laparoscopic surgery, the rate of endometriosis appears to be higher and appears at younger ages.

WHICH ORGANS ARE AFFECTED

Endometrial foci deposition may be superficial or deep, diffused or localized at specific sites. The most commonly affected organ is the ovaries. The presence of endometriosis in the ovary often produces cysts, which are often referred to as chocolates due to their appearance and are usually 2-5 cm in size. Also common is the appearance of endometriosis in the peritoneum – that is, the abdominal casing – the fallopian tubes and the bladder.

THE SYMPTOMS OF ENDOMITRIOSIS

The etiology of the disease remains unknown. However, it seems that this is a combination of environmental and genetic factors. The usual symptoms of endometriosis are:

However, it is not uncommon for a woman to be asymptomatic and to have an endometrial cyst accidentally found in routine ultrasound. The severity of the symptoms depends on the extent and severity of the disease, its location and the temperament of each woman. The American Fertility Society has defined four stages of importance: minimal, mild, moderate and severe endometriosis. Diagnosis and categorization are only surgical.

The presence of endometriosis may be the cause of infertility. However, it should be emphasized that not every woman suffering from endometriosis does necessarily have fertility problems. Endometriosis, however, in women who cannot conceive seems to be 4-5 times more common than in women without conception problems. The way endometriosis affects fertility is not clear. It seems that the local inflammation and adhesions in the fallopian tubes and ovaries affect the quality of the eggs, the motility of the organs and the salience of the fallopian tubes, as well as the implantation of the fetus inside the uterus, making it difficult to conceive.

The treatment of the disease is surgical. Specifically, the development of laparoscopy has made it the best method for treating endometriosis. The goal of any surgical approach should be to completely remove or destroy, if possible, all endometrial foci, to eliminate symptoms and minimize the chance of recurrence. The role of drugs, which have been used extensively in the past, has been limited in cases where the disease cannot be completely excluded, so we suppress the estrogen of the woman for 4-6 months. Fertility seems to improve significantly after laparoscopy, but for a period not exceeding 12 to 24 months. In couples who will undergo IVF anyway (for example, due to a male factor) and endometriosis coexists, surgical treatment does not appear to improve IVF success rates. However, if an endometrial cyst is greater than 4 cm in the ovary, it is suggested to have a laparoscopic removal before attempting an IVF. 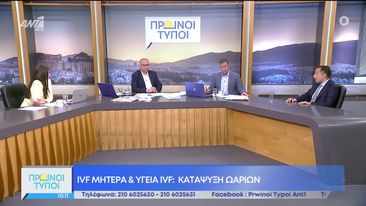